Keeping up with the growing demand for fiber

The demand for data across the globe has been steadily gaining speed. According to a Cisco report, global internet traffic was 26,600 GB per second in 2016, compared to 2,000 GB per second in 2007. That trend is forecasted to continue. The networks that will deliver the bandwidth needed will be built with fiber. Fiber is the top choice for network cable for several reasons; its transmission is faster and has less signal loss than copper, and fiber optic cables are less likely to break. Signs of new fiber deployments can be seen all over the country as well as signs of significant growth from fiber manufacturers announcing large fiber orders in terms of footage.

A telling example of the demand for fiber is Verizon’s recent deal with Corning. The telecommunications giant announced it will buy no less than $1.05 billion of fiber from Corning. Under the deal Verizon will purchase up to 12.4 million miles of optical fiber from Corning every year from 2018 to 2020.  As I look at these indicators, several questions come to mind:

What are some of the market drivers for these large at-scale densification projects?

The answer can be summed up in one term, 5G! I won’t go into a long diatribe as to what 5G is for the purposes of this post but essentially it is the next generation of wireless technology. 5G is a substantial shift in capability from the LTE networks we currently rely on. The difference is greater bandwidth and availability to the consumer to support not only conventional browsing but also things like IoT and smart cities. The amount of bandwidth that will be available is astounding. More antennas will be required to carry the larger loads and more fiber is necessary to support the antennas, as well as fiber to the premise (FTTx). This is the fiber densification we hear about, which in its simplest definition is more fiber in the ground within the same footprint.

Are we ascending along the growth curve or has it stabilized?

We are merely at the beginning of the curve. A forecast from Cisco projects global mobile data traffic will go from 7.2 exabytes a month in 2016 to 49 exabytes a month in 2021. That is a 7-fold increase in just 5 years. The 5G standard is not yet universally adopted so the current densification is simply a hedge against the future standard.  More conservative service providers and fiber providers have only put their toe in the water. When they decide to turn their juggernauts in the same direction we will see a substantial growth in new deployments across the U.S. and globally.  This will tax the existing supply chains even more than they are today. The fiber to the home growth in the U.S. caused such an impact in the market that new technologies such as automation and trenchless technologies became mainstream as opposed to theory. Fiber densification will continue to push the supply chain to modernize and automate those processes which have historically been laborious.

What will network providers need to do to keep pace?

A future that holds 5G, smart cities, IoT, automated cars and more presents a huge opportunity for network providers. In order to capitalize providers will have to a have a network that offers the data, bandwidth and low latency that customers will demand. Projections for the number of internet connected items in the year 2020 range from 20 to 30 billion worldwide. To meet this demand providers will have to run fiber all the way to the edges of their network, to destination points like homes, streetlights and security cameras. Laying the fiber necessary to support the emerging 5G applications will be a large long-term investment, but the revenue potential for delivering data over the network will be substantial and long-lasting. Speed in the deployment of the new fiber will key. The first provider to get service to a building, home or item will be the one who gets the customer.

How can Engineering and Construction firms keep pace?

Traditionally, highly skilled workers performed the engineering tasks and standard construction practices were implemented as new projects began. Construction has been a greater proponent for modernization, primarily as a function of being more efficient and in turn generating a greater return. Based on this we have seen trenchless technology more broadly deployed along with new equipment for pulling and placing fiber. Engineering on the other hand poses a different set of challenges, as it primarily relies on individuals doing detailed work. While this approach has served the industry well there simply are not enough engineers and drafters to meet the demand the telecom industry is now facing. Companies need a new approach to get networks designed faster without increasing their workforce and augmenting the design process with automation and machine prescribed routes is a solution. While this approach does not diminish the need for engineers and drafters in the market, it does allow a for a multiplicative effect in terms of output. This requires a machine prescription approach for a simple laydown of network features and then allowing an engineer to review the output against the design and permitting requirements. Machine prescribed design augmentation does require an adherence to a new process and trust in the systems used to produce the initial results. When this new workflow is adopted, the engineering process will no longer be the potential bottleneck in the process but a major contributor in supporting the growth of fiber densification across the industry.

The telecom industry is facing the challenges, and opportunities, brought on by an ever-increasing appetite for data applications. Service providers of all sizes must become faster and more agile at building the fiber networks needed to meet their customer’s expectations. Without embracing advances in technology and modification of processes and systems, providers risk not being able to meet future demands, and ultimately being left behind. 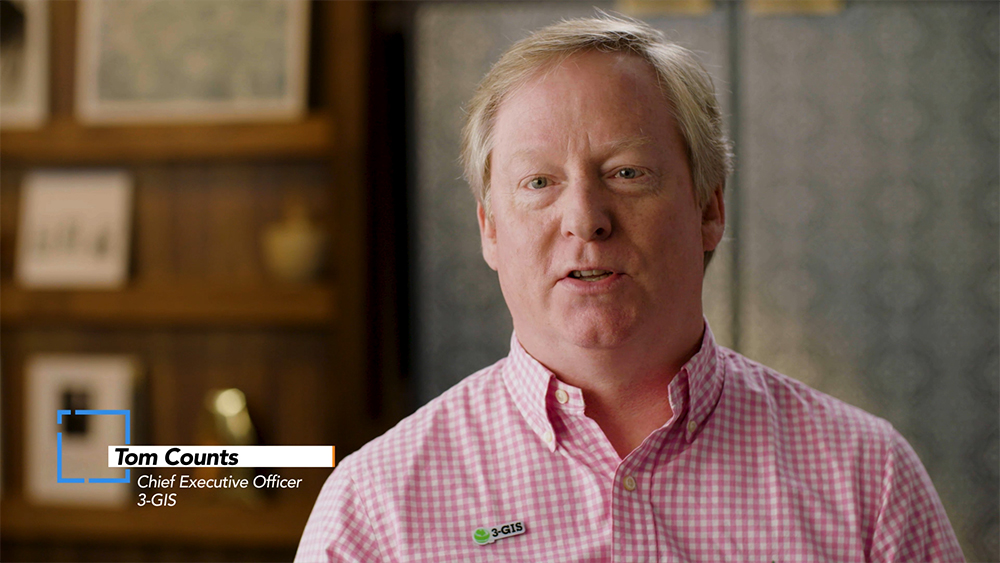 Esri puts the spotlight on 3-GIS